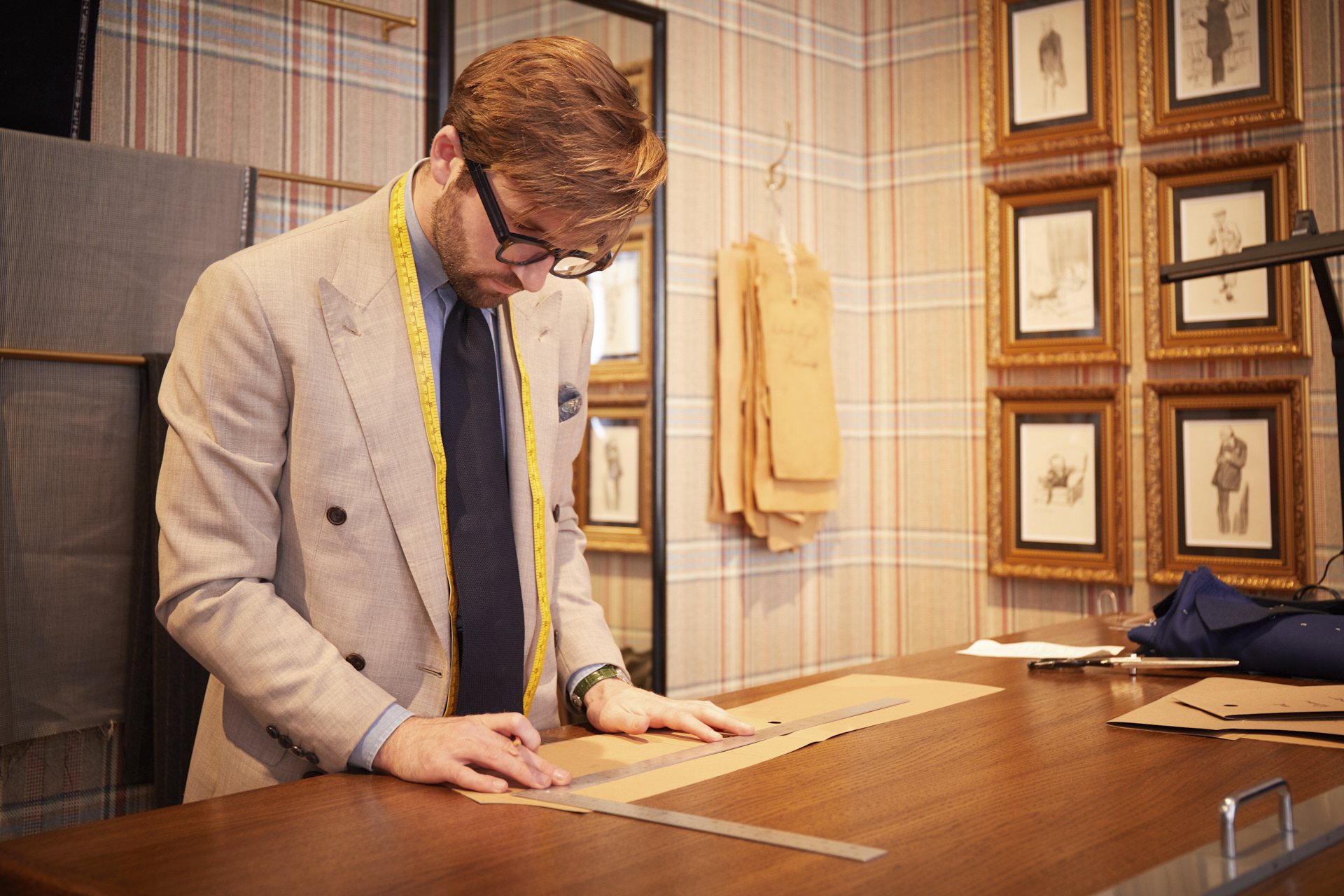 “It all began, sadly, with the death of my late father in law, who was a very senior production engineer at BMC,” says Dominic Taylor-Lane of the Association of Heritage Engineers. “He worked with Alec Issigonis, and built the first Mini by hand at Cowley, and he worked 40 years. My youngest son has come into the motoring industry, but his grandfather had died when he was ten, so all those skills went – I thought, this can’t be the only case. There are people literally dying with their skills, and there is no conduit for older craftspeople to work with younger people.”

Dominic believed he needed to create an organisation to help make that happen, and the Association of Heritage Engineers (AoHE) is the result. Speaking at the inaugural Concours on Savile Row, he said he believes tailors have been among the best for legacy planning out of all the industries he works with. “The people they’re bringing in now might not be 16, they might come in at a slightly older age… but the tailors are getting people in,” says Dominic. “The problem we have in mobile heritage – trains, planes and automobiles – is a 30-year skills gap.”

The Heritage Skills Academy is bringing through a new generation of youngsters, and Dominic says there are nearly 200 people enrolled in the scheme. “However, we’ve got an awful lot of people in their 60s looking at retirement, and it’s not possible to train those young people to the standard of the people in their 60s in only a few years – it’s just not going to happen,” he explains. “We need to try to either retain the older people in the industry long enough so that they can pass their skills on, or we need to find some kind of stop-gap. Otherwise we will come to a point where we just don’t have the skills to keep all this fantastic stuff going.”

Dominic believes more needs to be done to introduce these industries to a younger audience. “We can’t expect young people to automatically like this stuff just because we do if they have no inter-connection with it, so we’ve got our work cut out for ourselves across heritage automotive, aviation and steam,” he says.

Dominic says the AoHE is talking to the government and other organisations to facilitate ways in which young people can be inspired to come in. “We can’t expect them to come into industries that they don’t even know exist,” he continues. “We have to make ourselves relevant, and explain to young people that there is career progression and that skills are transferable.

“Take Savile Row, for example – if you can train as a trimmer, you can trim a car or a chair, or you can do interior decorating. You don’t have to stick to the skillset in which you are trained. I think some people don’t like the idea of doing the same thing their entire lives. If you can train young people with a set of skills, you’ve basically given them a future.”

Dominic believes there are a number of phenomenal hand-crafting colleges, and the quality of teaching has improved greatly over the past five years, but such courses are costly. A number of higher-education colleges have dropped their hand-crafting courses as a result. “Coventry University was the last place in the UK to run a course on weaving. It was too expensive to run, however, so the univarsity sold all the looms,” Dominic says.

However, it’s not all bad news. Mercedes-Benz recently made history with the world-record sale of its Uhlenhaut Coupé, the proceeds of which have gone to a fund for nurturing the next generation of engineers. Meanwhile, the National Trust has used a recent donation to fund 52 apprenticeships in stone masonry and carpentry.

However, more needs to be done, and quickly – especially at a time where sustainability is a key word of the modern age. “We’ve got to get back to the point where people realise these skills make [craftspeople] probably the most sustainable community there is. Take Savile Row, for example – buying fewer clothes, but buying better; clothes that can be repaired and last generations. We have to get over that we are sustainable, we are relevant and we have a massive part to play in the future.”