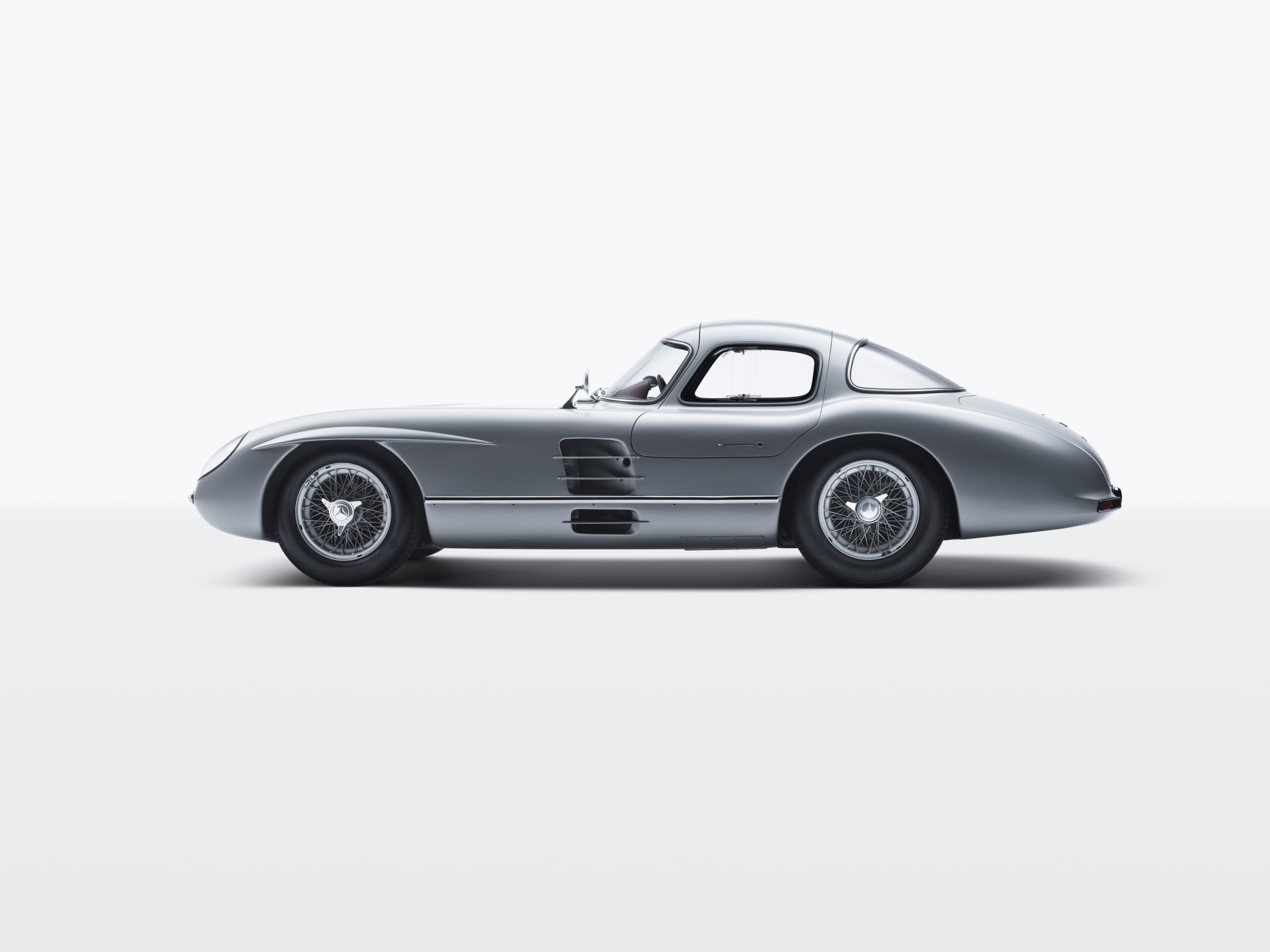 The inner secrets of the classic car sale of the year, if not the century – the 1955 300SLR Uhlenhaut coupé that changed hands for a record price of £115m ($142m) in May – were revealed at the inaugural Concours on Savile Row.

In a panel discussion, Rob Halloway of Mercedes-Benz and Peter Wallman, CEO of RM Sotheby’s in the UK, Europe and the Middle East, discussed how this groundbreaking sale came about.

“Mercedes-Benz has a huge collection of cars in its Stuttgart museum, which amounts to about 1100 vehicles, and for years people have been asking to buy one of the two Uhlenhaut Coupés from us,” said Rob Halloway of Mercedes-Benz. “There was a change of mindset a couple of years ago, and the Mercedes-Benz board decided that maybe now was the time do something special with one of these remarkable cars. Then we started looking at the best way of getting the car into the right pair of hands; we approached RM Sotheby’s due to the reputation the company has. We wanted a private auction process where we would hope to beat the record for the most valuable car in the world.”

RM Sotheby’s was already working with Mercedes-Benz’s heritage department on another project. “The head of Mercedes-Benz Heritage said ‘well, there’s actually something else. We’d like to have a chat with you about something extremely confidential,’” said Peter Wallman. “He broached the subject that Mercedes-Benz would like to sell something that it had owned for many years, but didn’t tell us what it was.”

The sale was part of a plan to reposition Mercedes-Benz back to where they started, which was much more of a luxury brand. “They said if we’re going to do that, we want to make a statement,” Wallman added.

That statement was simple – to sell the world’s most valuable car. “We all got on a call with the Mercedes-Benz board and were very excited; we already knew the answer, which was yes, but what’s the question?” Wallman said. “We didn’t actually have the details until we got to Stuttgart.”

Mercedes-Benz had been approached with offers to buy the car for many years, and a number had put an offer on the table, but none of them knew how much the car was worth. “That’s the beauty of the auction process,” said Wallman. ‘We don’t know what the car is worth until the individual makes the final bid and the hammer comes down on the lot. That was very much the case here, though Mercedes-Benz did have a reserve price on the car.”

The precise nature of the auction was up for debate – online-only? Public or private? In the end it came down to selecting the right kind of buyer. “Mercedes-Benz had a set of conditions about who they felt would be the right custodian of this car, having held it in its own private collection for 67 years,” said Wallman. “If you look at the car’s CV, it has travelled the world and been shown at various concours, and has been a regular at the Goodwood Festival of Speed.

A limited online auction was considered, but privacy was paramount, with the Mercedes-Benz CEO wanting to protect potential buyers and not put anybody into a difficult, embarrassing situation. “As an auction house we were saying that the more people that knew about the sale, the more like you’re going to get more bidders, but news travels fast in this world,” said Wallman. “We started to get calls from people, but everyone we invited to bid was done in collaboration with senior management at Mercedes-Benz.”

Rob Halloway also took the time to reflect on the man who lent his name to this famous car. “Rudolf Uhlenhaut had a stellar career in the company – in the 1930s, he was a mastermind behind the famous Silver Arrow grand prix cars, and in the 1950s, he took on responsibility for some of the road cars, such as the 300SL Gullwing,” he explained. “In 1955 Mercedes-Benz was flying high, what with Fangio winning the World Driver’s Championship in grand prix racing, and in sports cars the open 300 SLR won every race it finished that season.

“The Coupé was intended to improve on almost the perfect sports car, with better protection for the drivers, and it looked absolutely fabulous with the closed-cockpit design; with the aerodynamic benefits of a closed car, it was going to go even faster.”

However, the car was surplus to requirements after Mercedes-Benz pulled out of motor racing following the tragic events at Le Mans that year, and Uhlenhaut ended up commandeering the sale car as his personal transportation. “There are stories from people still alive today who remember seeing the car thrashing around Stuttgart at huge speed because Uhlenhaut was an enthusiastic racer – he would often drive this car at ten tenths everywhere, sliding around corners,” Halloway said. “He often used it on his daily commute between Munich and Stuttgart, a distance of around 135 miles. In the 1950s, even on the autobahn, that journey would normally take around two-and-a-half to three hours. One day he was late for a meeting and somehow made it from the factory gates in Stuttgart to a downtown hotel in Munich in 52 minutes.”

The big question is, can this sale be topped? “I think it would be very hard for any manufacturer to match this, and Mercedes-Benz know that; the only car that could come close or surpass the price paid would be 722, Moss and Jenkinson’s 1955 Mille Miglia-winning car,” said Wallman.

Halloway was at pains to point out that the difference to that example is that Mercedes-Benz owned two Uhlenhaut Coupés. “We felt that now was the time to beat the records for the most valuable car in the world and do something significant and meaningful, with the money, rather than put it in our back pocket.”

The money from the sale will go towards a fund to help young people all over the world to work on sustainable projects in schools and universities. “It doesn’t just have to be in Germany – that money will help breed a new generation of engineers who can work on renewable and sustainable technologies and sustainable things,” explained Halloway. “Mercedes-Benz will continue to invest – the sale money was really just to start things off – but this fund is designed to make a positive difference. Every single penny of it has gone towards doing some good for younger people.”

More details on the Uhlenhaut Coupé sale can be found here.