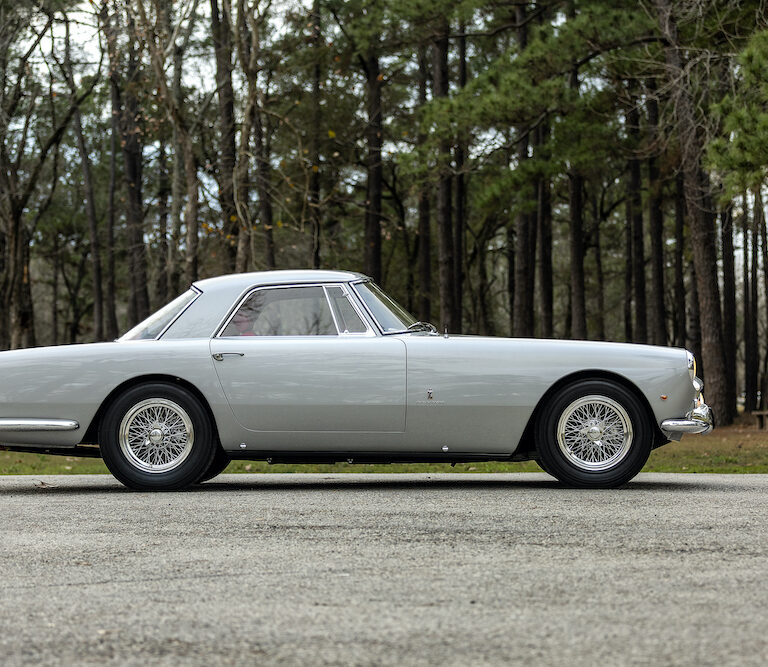 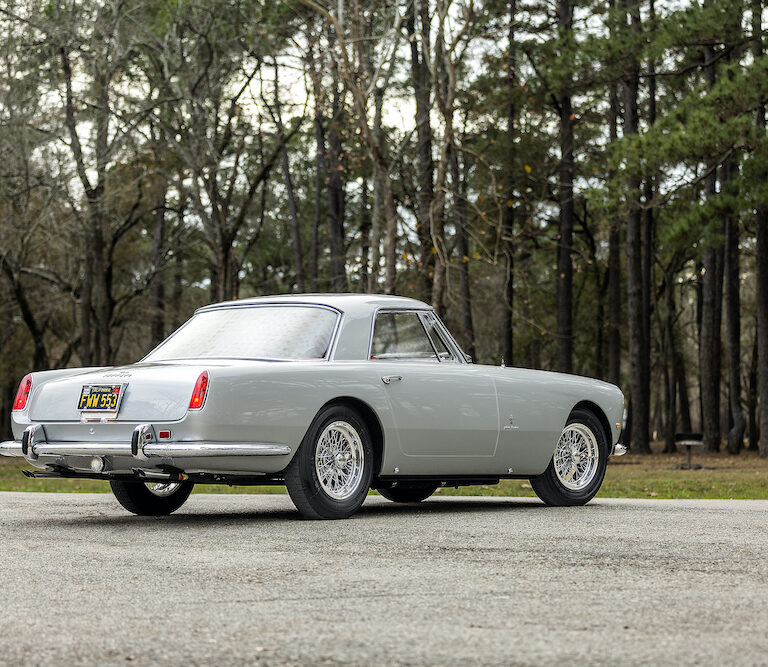 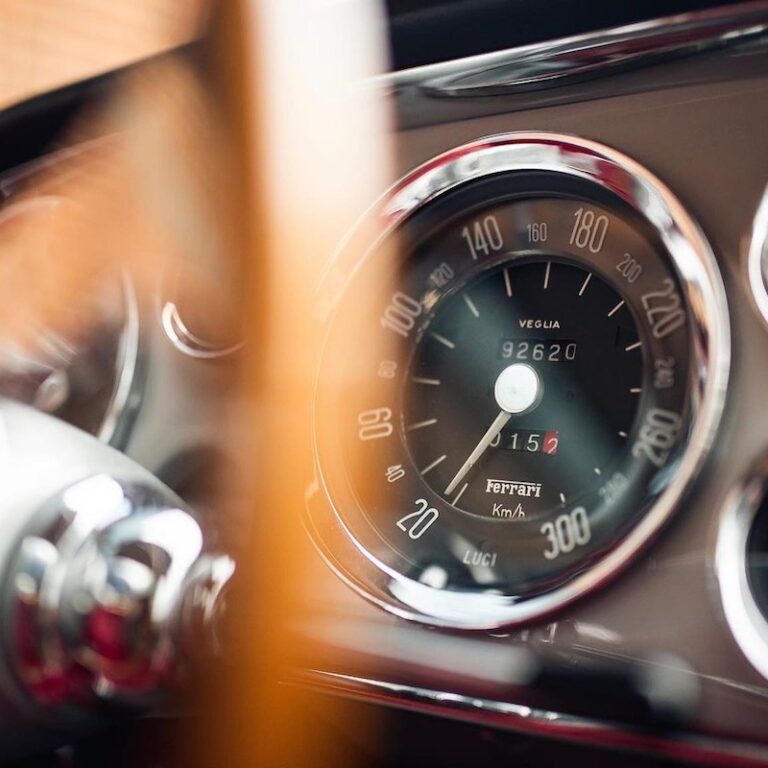 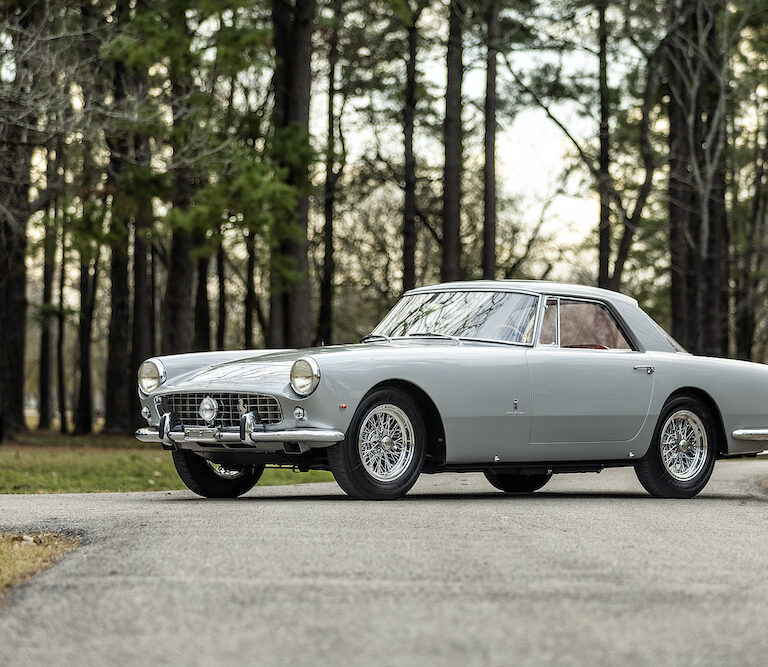 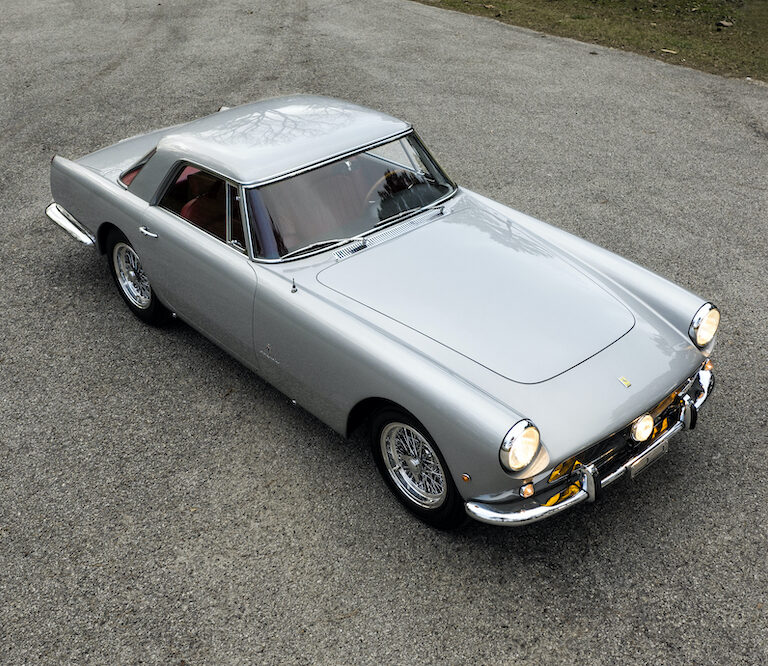 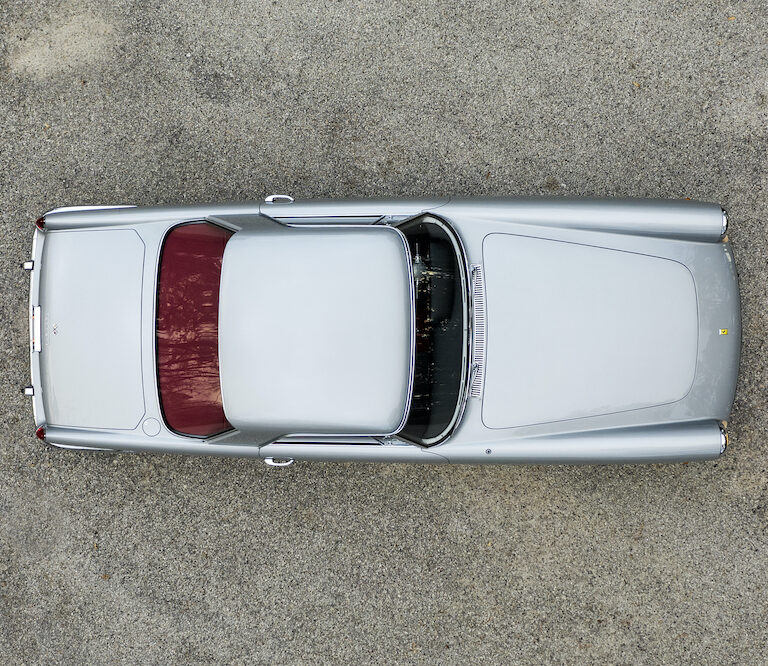 The 250GT PF Coupé represents the point at which sales of Ferrari’s road cars began to take off. The 3.0-litre Colombo V12 powered PF Coupé was built in higher numbers than any previous Ferrari, with coachbuilder Pinin Farina building a new factory to cope.

All the same, just 353 examples were built from 1958, over three engine variations. Only around half of the production run is thought to have survived, as many were turned into GTO and other replicas.

This example, 1743GT, is one of the later cars. It was commissioned by the 1957 European hillclimb champion Willy Daetwyler and supplied via Eleanor von Neumann’s dealership in Los Angeles. Willy specified a competition engine, with three 40 DCL/6 Webers, velocity stacks, disc brakes, high-lift camshafts, limited-slip differential, Borrani wire wheels and an Abarth exhaust.

It had lived its entire life in the US, and has only recently been imported into the UK by its owner, entrepreneur, scientist and concours judge Cici Muldoon.

Founded by Daisy Knatchbull in 2019, The Deck is the only female-only tailor on Savile Row, making elegant, contemporary and timeless suits and separates to compliment all elements of a woman’s life. With core values built on craftsmanship, empowerment, sustainability, diversity and community, The Deck offers women an alternative to the homogenous global fashion houses that dominate what successful women wear. 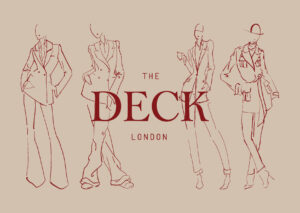