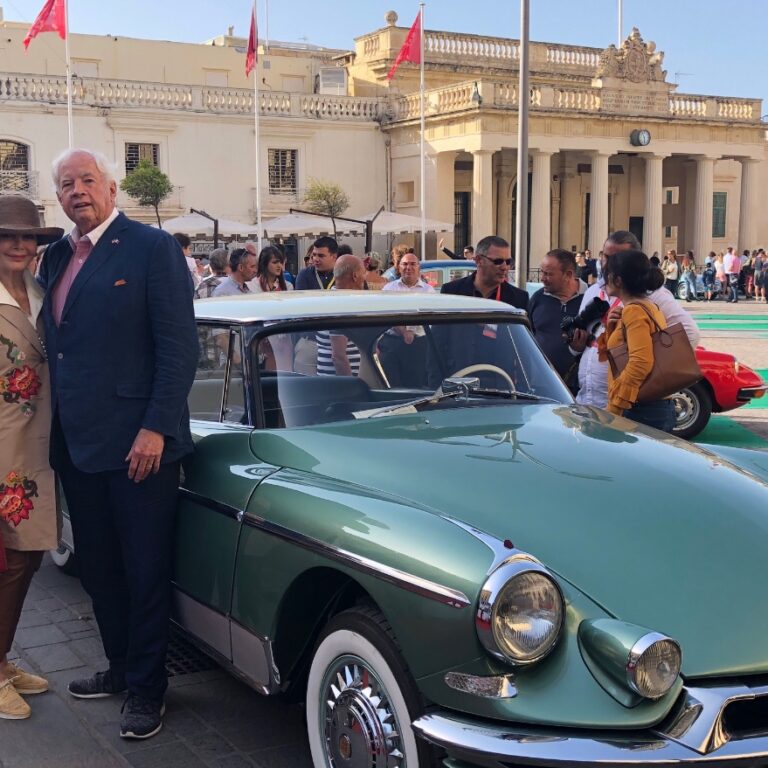 All the way from the renowned Mullin Automotive Museum in Oxnard, California, is this ID19 Le Paris version of the famous Citroën DS by famed French coachbuilder Henri Chapron.

It’s one of only three Le Paris models left in the world from the initial nine built and the only one still with the original ID chassis. Peter and Merle Mullin bought the car in 2016 and soon began a full, two-year restoration.

Chapron first created the Citroën Le Paris in 1958 following the success of his La Croisette cabriolet model. The Le Paris was Chapron’s hard-top version of the La Croisette. While both hand-built cars were well received, the La Croisette was so popular that Citroën asked Chapron to make a factory-sponsored version called the Usine, and production ceased on the Le Paris and La Croisette. Subsequently, the Le Paris represents a rare example of Chapron’s distinctive coachwork and styling. www.MullinAutomotiveMuseum.com

One of only three remaining Citroëns converted to two-door hardtop by Henri Chapron, shown by the Mullin Automotive Museum at Concours on Savile Row

Cremieux is a family owned luxury menswear company, founded in Saint-Tropez, France in 1976. French born Daniel Cremieux studied English in London and became fascinated by the emerging preppy look of English students. Following a trip to New York he returned to France and set about creating a modern french twist on this traditional preppy look.Flagship retail stores can be found in London, Paris, Saint Tropez, Capri, New York, Palm Beach and Bal Harbour.