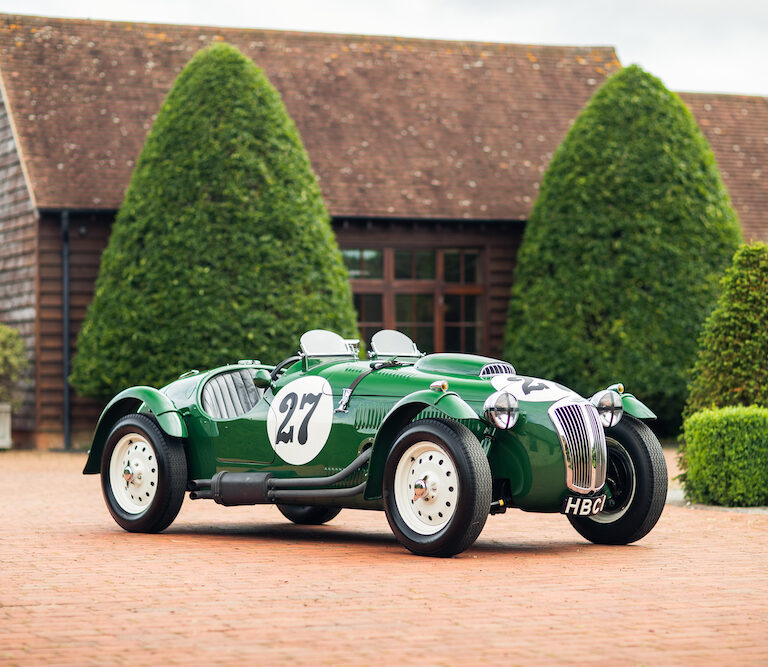 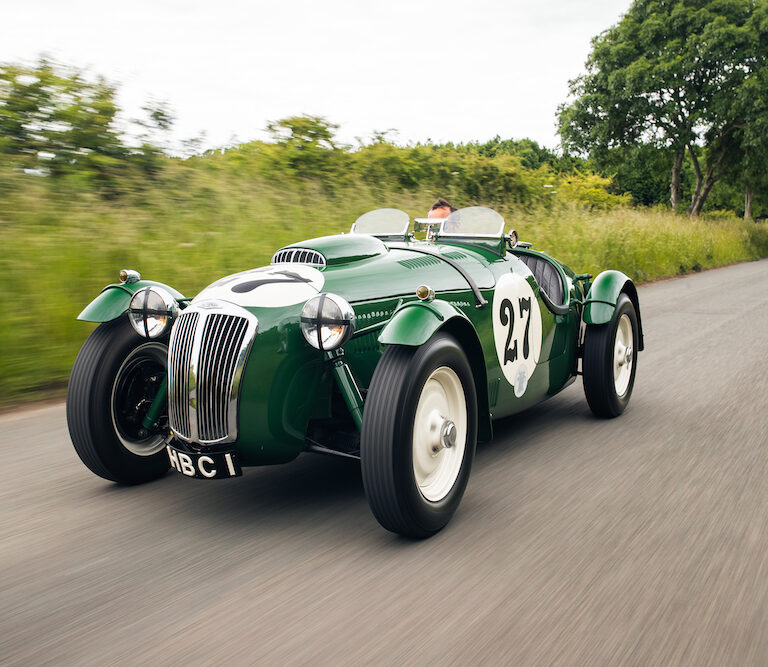 Norman Culpan and HJ Aldington finished in an incredible third place overall, averaging 126.4mph over 3033km. So strong was the resultant boost in sales, Frazer Nash built 34 Le Mans Replicas. These were driven to huge motor sport success by the likes of Stirling Moss, Roy Salvadori and Tony Brooks.

Among the most historically significant Le Mans Replicas, HBC 1 has a stunning competition history including entries at Le Mans, Reims and in the RAC TT. Decades later, after a comprehensive rebuild by Blakeney Motorsport, it was driven by Moss during the 2008 GP de Monaco Historique. It’s since appeared at the Goodwood Revival and Members’ Meeting and the Le Mans Classic. www.girardo.com

The Frazer Nash Le Mans Replica is one of the greats of British 1950s racing and sports cars. This one from Girado & Co. will star at Concours on Savile Row

Cad & The Dandy was founded by Ian Meiers and James Sleater, who met through their families connections in the couturier business. Focusing on the look and feel of the garments alongside the desire to drag British tailoring and Savile Row back to the cutting edge of Menswear. Since its establishment in 2008, the company has opened three shops across London, each with their own bespoke workshops.