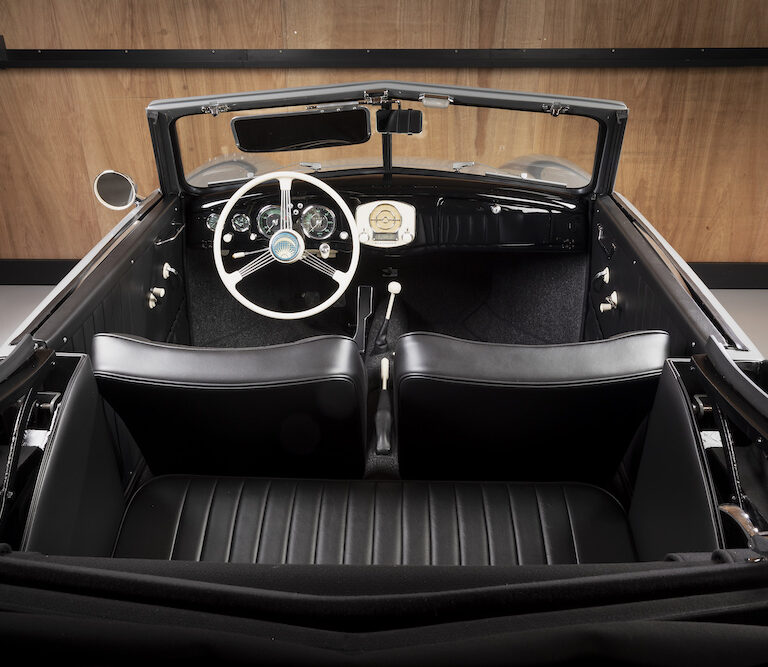 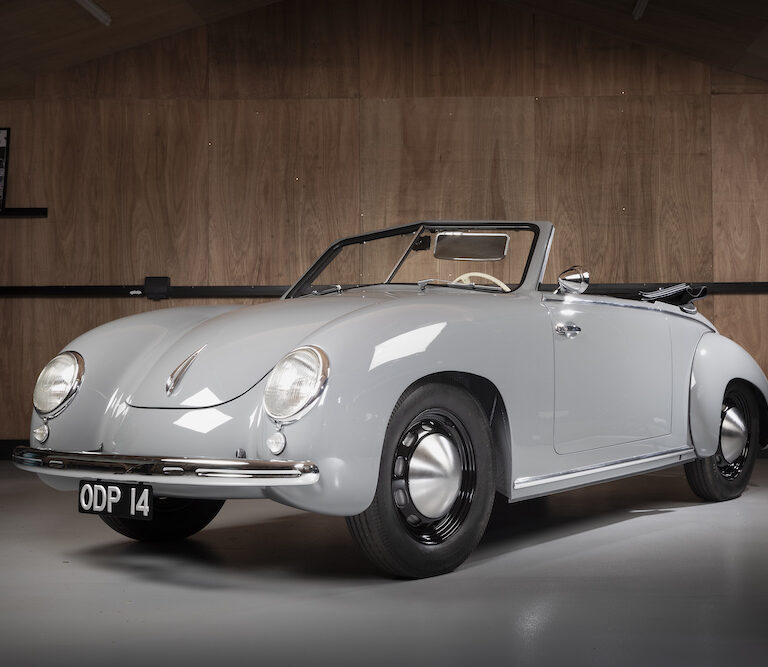 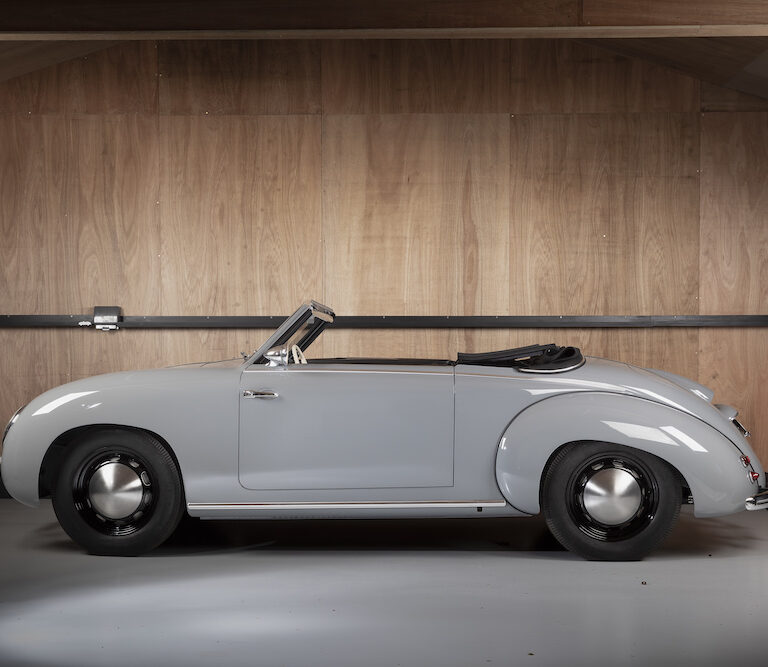 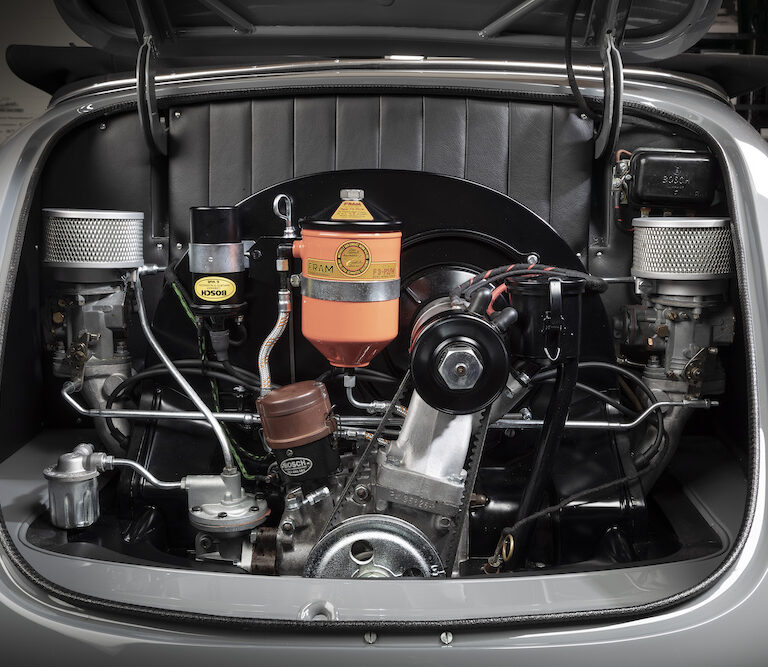 In spring 1950 German coachbuilder Gottfried Dannenhauer set up Dannenhauer & Stauss with his son-in-law Kurt Stauss. Gottfried had previously worked at Karosseriewerk Reutter when it built prototype pre-war Volkswagens, and now he and Kurt commissioned automotive designer Wagner and Oswald to work with them producing stylish coachbuilt cars using Beetle floorpans and running gear. Around 100 convertibles were made between 1950 and 1957.

This example’s VW donor was manufactured on October 14, 1950, and the D&S bodywork is believed to have been fitted in late 1951 or early 1952. Its history up until 1979 is unknown, but at that point it was bought by an Austrian who commenced with a rolling restoration that lasted over 40 years.

The cabriolet came into the hands of Hampshire-based Just Kampers in 2019. The JK team carried out a 3000-hour, body-off, nut-and-bolt restoration while upgrading the D&S with period-suitable 1955 Porsche 356 Pre-A running gear. Now the car will be used and enjoyed, including being taken to various shows and events around the UK and Europe. www.justkampers.com